Hockey is a passion that’s hard to quit for those who played competitively. For Sarah Sullivan, a MSP-based Flight Attendant, she thought she had hung up her skates for the last time until one fateful trip and a long overnight in Canada reignited her love for the ice.

To put that into context, Sarah was a star prep skater from Waupun, Wisconsin. She sliced and diced her way across the ice, catching the attention of college scouts. She earned a scholarship to play college hockey, but after a summer of soul searching, found the competitive rink wasn’t a place she wanted to spend her post-secondary days.

Sarah opted to go a different route, studying business and eventually logging a semester abroad in Perth, Australia. The call to travel was greater than her call to skate, and in 2015, she retired her hockey gear to pursue a career with wings.

“I hadn’t really thought about hockey too much once I started at Endeavor,” Sarah said. “But then on an overnight in Canada, I ventured into town and came across a hockey rink.” 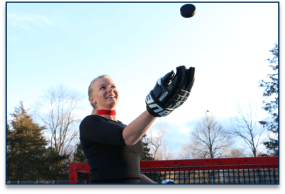 The next morning during the crew briefing, the Captain asked how everyone’s night was. Sarah mentioned she watched a hockey game, which caught the entire crew off guard. After some conversation about power plays and line shifts, Sarah Sullivan quickly went from being an Endeavor Flight Attendant to becoming one of the only female members of the MSP Flyers Hockey Club, let alone the only female flight attendant in the club.

“I remember the Captain told me about this group of pilots who get together on Monday nights to play pick-up hockey,” Sarah said. “So the next Monday I had free, I made my way over and tried it out.”

Sarah said the club is comprised of pilots and aviation professionals from Endeavor, Delta, and another Minneapolis-based airline. For a small fee, anyone can play; skill levels vary, and contact is limited. Just bring a helmet, skates, pads, and a mouth guard. None of those who play will ever make the National Hockey League, but Sarah says getting back on the ice for her might as well be the Stanley Cup.

“I hate to admit this, but I’m probably the best player out there,” she said with a laugh. “Okay, maybe only better than half of the group.”

As hockey players go, she has a pretty good sense of humor. That skill, along with her business and service background have allowed her to transfer the skills she learned on the ice to the skies.

“Being able to combine my passion for travel and meeting people, it’s been a dream job for me,” Sarah added. “I love that I can get together with coworkers outside of the airport and do what we love. And given that Minnesota is the State of Hockey – it’s a perfect fit.” 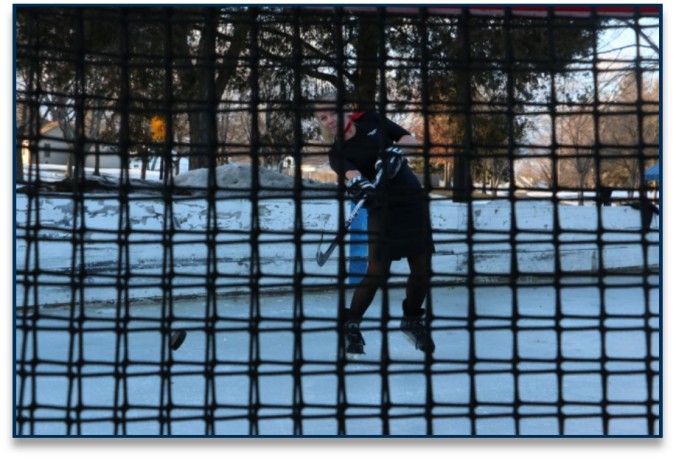